Primarily featuring posts written by students and faculty in our network, our blog is a forum for writing on issues of faith, politics, economics, and society. The views and opinions expressed in this blog are those of the authors alone. The Price of Health

Pharmaceutical companies in the United States have contributed to the enduring crisis of overpriced prescription drugs. The absence of free market competition has granted almost exclusive market control to a handful of pharmaceutical monopolies. These monopolies continue to reap profits from unabated price gouging.

END_OF_DOCUMENT_TOKEN_TO_BE_REPLACED The majority of activism in our modern society is attempted online. This attempt is easy, inexpensive, and gets the word out to a large group of people. On the other hand, online activism is superficial; it penetrates only the surface level of the consumer’s consciousness. This low-impact effect of online activism is an indication that the culture needs better quality and high-impact forms of political engagement, which primarily occurs through social relationship.

END_OF_DOCUMENT_TOKEN_TO_BE_REPLACED Pursuing Equal Opportunity: Disparities are Not the Enemy

Reducing economic inequality has been at the top of the political agenda as of late. It is nearly impossible to scroll through a newsreel without fear-inducing articles bombarding you with claims that we are nearing the end of times brought on by ever-expanding inequality. Concern about wealth inequality is warranted and evaluating the equality of opportunity extended to those trapped in generational poverty is important. However, eliminating unequal outcomes is not necessarily the best answer to fighting poverty.

END_OF_DOCUMENT_TOKEN_TO_BE_REPLACED The Untapped Potential of Storytelling

END_OF_DOCUMENT_TOKEN_TO_BE_REPLACED We are pleased to announce the cohort of students who will be participating in the Initiative on Faith & Public Life’s 2021 Summer Associates Program.

END_OF_DOCUMENT_TOKEN_TO_BE_REPLACED 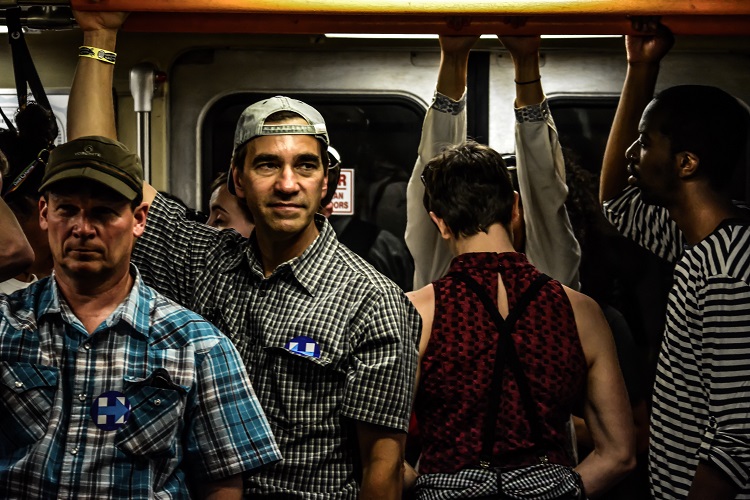 Today, equal right to opportunity is a general principle that is far from revolutionary. Since this nation’s founding, brave citizens have fought to realize the country’s goal of preserving equality by ensuring that the rights stated proudly in the Constitution extend to all. Society now operates under the standard of total equality under the law and the license to pursue personal happiness within the bounds of that law.

END_OF_DOCUMENT_TOKEN_TO_BE_REPLACED In his 2009 documentary “the late Roger Scruton said, “If you consider only utility, the things you build will soon be useless. . .. Nobody has a use for it because nobody wants to be in it.” A myopic vision toward utility alone seems to be a crime in itself when considering architectural art. The only greater aesthetic crime than this is a utilitarian attitude toward those buildings that must be used, specifically those structures that serve our federal civic institutions.

END_OF_DOCUMENT_TOKEN_TO_BE_REPLACED A Look Back: The Role of Christian Churches in Two Pandemics

Since the outbreak of the coronavirus a year ago, numerous comparisons have been made between this pandemic and the infamous 14th-century bubonic plague. While the black death had a higher mortality rate than coronavirus, and scientific knowledge has made us far better equipped to handle this pandemic, there is still much to be learned from comparing the two and how humanity has responded — especially by exploring religion’s role in each case.

END_OF_DOCUMENT_TOKEN_TO_BE_REPLACED The Right to Revolution: A Closer Look at the Myanmar Military Coup

Throughout its decades of independence, Myanmar, also known as Burma, has battled against repressive military rule, civil war, isolation from global affairs, and widespread poverty. In 2011, the transfer to civilian leadership incited hope for democratic reform. Moreover, the dissolved military junta gave way to a military-installed transitional government and signaled a new era for the Southeast Asian nation.